What You Should Know About Advanced Maternal Age

I recently watched a webinar offered by Rebecca Dekker from Evidence Based Birth (EBB). If you’ve never checked out her website before, you should. It’s chock full of data about childbirth that’s, you guessed it, evidence-based. The subject of the webinar was Advanced Maternal Age, a topic selected for discussion by the EBB readership due to its popularity. What was really interesting to discover was that the median age of birthing people in the United States is 35 (meaning 50% are under this age and 50% are over it). And it just so happens that 35 and over is what is considered advanced maternal age.

Given the fact that if you’re pregnant, you have a 1 in 2 chance of being an advanced maternal age, it’s worth understanding what the implications of your age actually are. Beyond the demeaning terminology associated with being pregnant over 35, for example, “geriatric”, “mature”, “high-risk”, in the “reproductive twilight years”, etc., the data does confirm there is increased risk for miscarriage and stillbirth as you advance in age. But what these statistics mean to you as an individual if you’re over 35 is more unclear.

In the case of miscarriage, studies have shown that there is a correlation between age and increased risk of miscarriage, e.g., the 20% risk at age 35 increases to 40% by age 40. Birthing people with advanced maternal age also have an increased risk of stillbirth. The way results are presented can make it seem like there is a drastic increase in risk as soon as you turn 35; however, further research has revealed the risk likely increases gradually each year.

Care providers are quick to point out how the risk of stillbirth doubles once you’ve reached advanced maternal age, but let’s examine that statistic a little more carefully. While it is true that the stillbirth rate increases with maternal age, it’s still relatively low. Whereas 3.72 out of 1,000 nulliparous (first-time birthing) parents under the age of 35 experience a stillbirth, it increases to 6.41 out of 1,000 for birthing people aged 35-39.

But Are these Numbers as Scary as They Seem?

As a percentage, this breaks down to a risk of 0.00372% that increases to 0.00641%; so even though it increases with advanced age, it’s still very low. At age 40 and over it increases to .00865% – another jump up, yes – but still less than 1%. Of course, physical health plays a significant role in the amount of risk you may face, so age alone is not a sole factor.

With inductions as popular as they are for those giving birth at age 35 or older, the 35/39 Trial Results will be of interest to you. The study group was split into those who were induced at 39 weeks and those who were allowed to wait to go into labor on their own. The results noted no difference in cesarean rates, maternal complications, birth satisfaction, APGAR scores, admission to the NICU, newborn interventions, and there were no deaths or stillbirths in either group.

So What Does This Mean?

One important takeaway of the webinar was understanding the difference between “absolute” risk and “relative” risk when breaking down a statistic, especially one that may be used by your care provider, for example, to justify an induction. Absolute risk means the risk of something happening to you directly. For example, “Among pregnant people 35-39 years of age, X number of babies out of every 1,000 births are stillborn.” Relative risk is the risk of something happening to you in comparison to somebody else, for example, “Compared to people 18-34 years of age, those aged 35-39 are X% more likely to experience stillbirth.”

Absolute and relative risk-based statistics are used somewhat interchangeably, however, relative risk statistics can be misleading. They are usually represented as higher percentages even though the risk itself isn’t nearly as high. So if you’re speaking to a care provider and they’re citing statistics that sound alarmingly high, make sure to qualify whether it’s relative or absolute risk.

As a doula, I often observe birthing people of advanced maternal age being told by their care providers the inherent risk of their age warrants induction and other interventions like frequent non-stress tests in the final days of pregnancy. If you’re over 35 you should do your research and understand the facts of advanced maternal age before decisions about your baby’s birth are made based upon this factor alone. 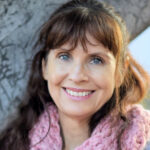